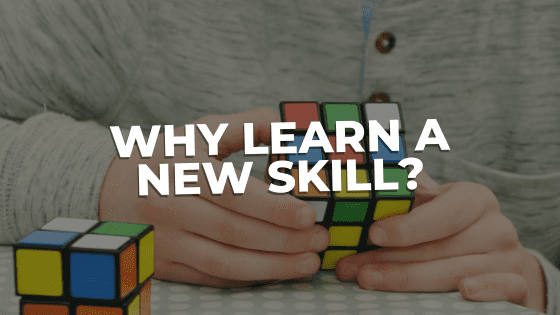 As we grow older our brains tend to be less stimulated. With decreased stimulation we can lose mental clarity. It has even been researched that decreased mental stimulation may lead to mental illnesses later in life.

So when was the last time you took the time for yourself to learn a new skill? Not just a physical skill such as Olympic lifting, but a mental skill which could be infinite in progression?

Skills such as these when practised enough lead to increases in brain activity, and there is generally no excuse to have enough ‘time’. Five minutes a day is all it takes and can yield outstanding compounding effects both mentally and physically.

There are old myths that once we reach a certain age our brains stop ‘growing’ leading to the inevitable decline in our capacity to learn. Simply put, this is not true.

Ever heard this word?

Basically, neuroplasticity refers to structural and functional changes in the brain that happen as a result of new experiences. Because of the plasticity of the brain, also referred to as neuroplasticity, the brain can “rewire” and “re-organize” itself after brain damage as new connections are formed and neural pathways to damaged brain areas are terminated.

Pretty cool hey, our brains are so amazing they can literally heal themselves from damage, or increase mental capacity even when no damage has occurred.

If you are interested in learning more about the topic of neuroplasticity we have some epic books recommendations.

If you want to learn more skills this year, check out our full movement tutorial library, broken down into sections and body parts. Click here.

Or reach out to us if there’s a specific fitness skill you want to learn so we can help you out!

PS: did you like this blog? Share it or forward it to a friend that needs to hear it.

Get our top weekly tips and updates

You’ll be surprised how easy, effective and sustainable this process is
PrevPreviousTop fitness and nutrition hacks
NextFastest way to a 6-packNext