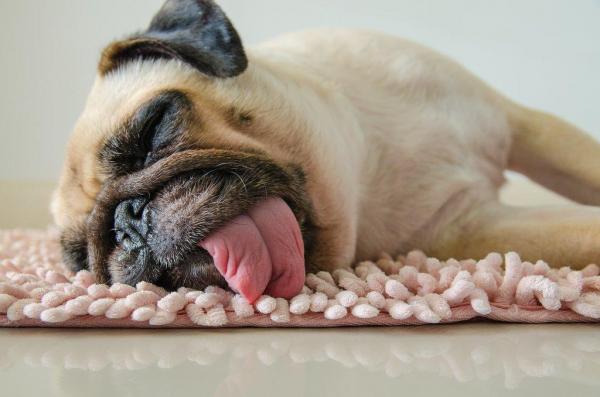 It’s 2 am, you can’t sleep. Your alarm clock is edging ever so close to screaming at you to wake up.

“Why can’t I F***NG sleep”? You scream internally.

Think back, for a second, when the world existed without electricity. It wasn’t that long ago that our ancestors were burning candles and hanging out around campfires.

When the sun went down, the work stopped and humans went to bed.

Maybe they would chit-chat for a while with their neighbour around the fire, but pretty soon their body would start to pump out this cool hormone called melatonin, causing their eyelids to get very, very heavy.

Melatonin wasn’t getting pumped throughout the bloodstream because Caveman Craig was telling a boring story, but because it was getting dark outside.

See, humans are not nocturnal animals. We thrive during the day. Our bodies are in-sync with light and dark cycles. This rhythm with the sun is called our “circadian rhythm”.

When this circadian rhythm gets thrown off because we stay up well after the sun has gone down – thank you, electricity (netflix and phones) – our sleep duration and quality can become impaired. Not too long ago, we were running around with candles and hanging out at campfires and now, we have high-intensity overhead lighting, laptops/tablets, smartphones, and televisions making our bodies think it’s still daylight which suppresses the release of melatonin.
Whilst technology has evolved at exponential rates, our poor primitive physiology has not.

How can we get better quality sleep and therefore improve our performance?

As you can probably guess, suppressing melatonin isn’t something we want to do before we go to bed.

One of the best things we can do for our circadian rhythm is to go to bed at the same time each night. If you were training a newborn to sleep at night, you wouldn’t put them down at 7:00 pm one night, 10:00 pm the next, 8:00 pm the following, and then 11:00 pm the night after.

You’re probably thinking, “But Brando, I’m not a child” – Sorry to break it to you, but adults are physiologically not too different from their bipedal infants.

Ask yourself what you’re missing out on by feeling like a zombie most mornings. How could life be better if you sprung out of bed in the morning?

Now, if you are watching TV, using your smartphone, catching up on some emails, or even reading on your tablet, you aren’t doing yourself any favours.

The reason being, we are exposing ourselves to an unprecedented surplus of BLUE LIGHT, which is directly linked to blocking melatonin (the thing we need to fall asleep).

A survey from 2016 found that over 90% of people used an electronic device within an hour of going to bed at least a few nights during the week. It also found that we spend an average of two and a half hours each week in bed doing blue light activities.

Studies show that we were beginning to sleep less and less already and now electronics and blue light are only adding to the pandemic.

A study from 2014 found that the use of these devices before bedtime:

The roads and traffic association use blue “cats eyes” on the road as means of keeping truck drivers awake during their night shifts.

So by being on a device within 2 hours of trying to go to sleep, you’re literally doing your best to keep yourself awake.

Here’s our simple strategy to getting the most out of your sleep: it’s called the

If you wake up on time and rested, you won’t feel like you have to play catch up all day. When you dominate your mornings, you won’t have to deal with anxiety and stress in the afternoon. There are plenty of things you can do to get better sleep each night, but this formula encapsulates some of the more important, science-backed aspects and makes it all easy to remember.

If you need some more convincing or want to learn a little more about blue light, read the article from Scientific American on “Why is Blue Light Before Bed Bad For Sleep” written by neuroscientist sleep experts – if they can’t convince you about blue light, I don’t have a chance 🙂 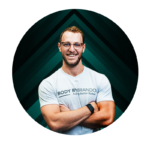 PrevPreviousWaterloo Feature Member: Jono Fleming
NextPortion Sizes: Are you eating the right amount for your goals? The simple strategy to track your food.Next