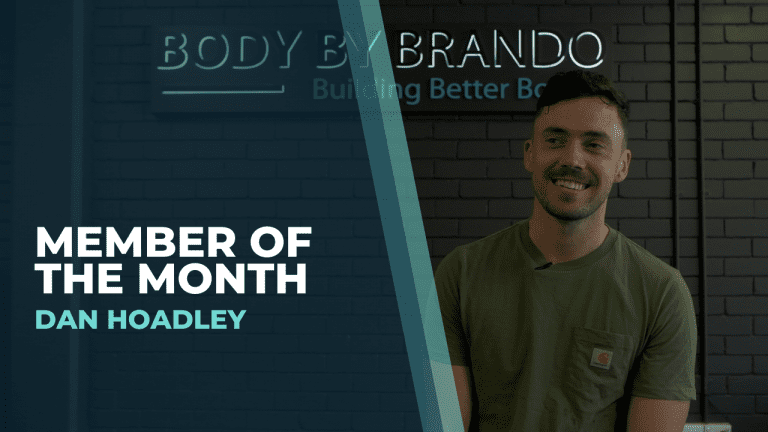 “We are what we repeatedly do. Excellence, then, is not an act, but a habit.” – Aristotle⠀⠀

We, as BBB athletes, strive to not only improve our fitness from week to week but to also increase our skillset as athletes. Over the last 5 months there are few in the BBB community that have committed themselves  as much as Dan Hoadley!

Over the last 5 months Dan has been a staple of the 4:30 pm squad at Paddington and it has been awesome to see the speed in which he has picked up some of the higher skill gymnastics movements (most notably handstand walking and bar muscle-ups).

Dan works as a primary teacher which has seen him teach in a variety of schools from coastal, urban and rural areas as far out as Ivanhoe (about 10 hours inland NSW). He had known about BBB for a while, but it was about a year before he finally committed. “I started the process once, but lacked the follow through. I can only imagine where I would be at now on my fitness journey if I had committed earlier!”

“The thing I was most nervous about was my own follow through, I thought it was something that I had to do on my own and if I couldn’t commit by myself 100% it would be like any other gym membership. I didn’t expect the coaches to be so hands on and supportive throughout the whole process. Now I have committed just over 5 months of my life to BBB now and the only regret I have is that it was something I didn’t start sooner.”

Dan finally took the leap, helped by a few friends who started going a few months earlier, who raved about the community and classes (thanks boys). “I saw their results not only fitness wise but general confidence and that was something I wanted for myself”.

Since then Dan has managed to pick up handstand walking, bar muscle-ups and put on and keep a few kg’s of lean muscle, something he has really struggled with in the past. When asked what changed to make him commit as hard as he did he quickly responded; “I feel welcome every time I enter the doors, whether that’s the get to know you circle at the beginning or the fist bump and congratulatory words at the end of every session!”

So what’s next for this weapon? “I would like to learn to flag, master a backflip and finally reach a healthy 80kg”.

From what I have seen from Dan over the last 5 months I would say he is going to achieve all of these and more! Congratulations on being picked as the BBB Paddington November Member of the month – truly well deserved!

PrevPreviousHow long should you warm up for?
NextWaterloo Feature Member: Damien EdwardsNext