Optimising your training around your menstrual cycle 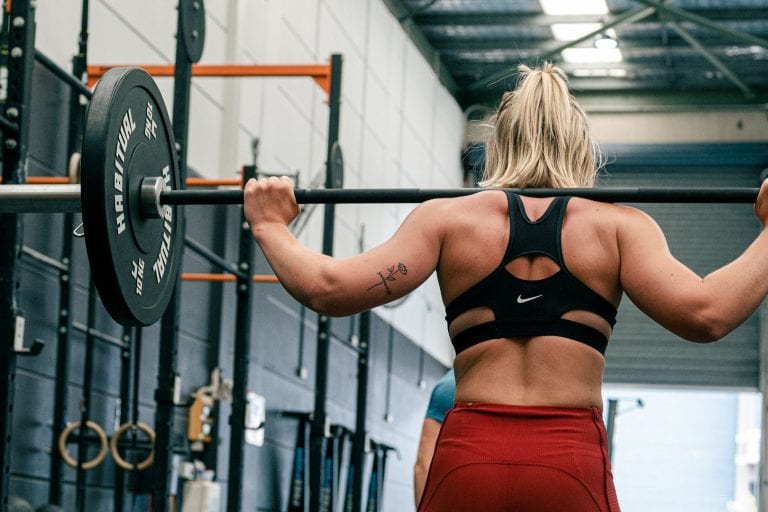 As a female who regularly trains, have you ever considered how your time of the month affects your performance in the gym? If you haven’t, then I hope this blog elucidates the complexity and power of your body, and you walk away becoming more aware of how it operates on a monthly basis, and more importantly, how to use this to your advantage in the gym.

Even if you’re not someone who’s thought about it before, or are a male who doesn’t experience what we’re about to discuss, understanding the human body of your female counterpart might ____.

The menstrual cycle begins on the first day of bleeding, known as the Follicular Phase. This is when the egg is released from follicles in the ovaries, and women experience the bleeding stage of the period. Levels of the female sex hormones estrogen and progesterone are at their lowest here.

They then begin to rise over the next 10-16 days during the Follicular phase. Estrogen and progesterone increase and testosterone in women is at its highest. At the midpoint of the menstrual cycle, ovulation occurs. This is when the egg is released from the ovaries and women are at their most fertile. Levels of estrogen and progesterone drop slightly at this point.

The second half of the menstrual cycle is known as the Luteal phase. As the egg has been released, the corpus luteum from which it came results in a lesser rise in estrogen and a larger rise in progesterone levels. Low levels of these hormones then bring us back to the beginning of the menstrual cycle and the follicular phase begins again on the first day of bleeding.

Changes in the aforementioned hormones that regulate this process can impact training in a number of ways:

2. As there is also a slight increase in women’s levels of testosterone around this time, if your training cycle permits, this could be a chance to give your volume and intensity a good nudge.

3. Increased levels of progesterone during the luteal phase can have some detrimental effects on our mood and performance in a number of ways. Women begin to experience PMS, fatigue, physical discomfort and cramps, a bigger appetite and more cravings, as well as increased fluid retention = feeling bloated. During this time, resistance training can and should still be done, however, a deload and decrease in intensity would complement this time. And women should understand how and why their bodies are perhaps not performing as well as they did during the first half of the cycle.

4. A rise in body temperature and heart rate during this time can also impact how women feel during higher intensity cardio workouts, as the body is already working in a more ‘stressed’ state. Less endurance work and a more steady-state form of cardio would be beneficial to perform during this time.

Nutrition during your cycle

During the whole menstrual cycle, the way women utilise macronutrient sources (i.e. protein, carbs and fats) can also be impacted. Studies have shown that there is an overall higher calorie requirement during the luteal phase (i.e. when cravings and appetite increase). Some strategies in place to counteract these feelings (and make fat loss or dieting a more sustainable long term solution) include increasing calories to maintenance levels during this time.

The Luteal Phase is also characterised by an increase in fat oxidation as opposed to carbohydrate utilisation during exercise. This is because levels of progesterone have been shown to suppress the process of gluconeogenesis, whereby carbs are broken down into energy. Although, it is important to remember that this is still affected by the type, intensity and duration of exercise. Similarly, progesterone may also result in the catabolism of protein, so increasing intake during the ovulatory and Luteal Phase is recommended particularly if in a higher intensity training cycle.

As you can see, the variations in women’s physiology in just one month alone affect multiple aspects of training, health and fitness. As well as this, the experiences of one woman may be so different to the next. Some oral contraceptives can also make it difficult to determine the phases of the menstrual cycle (for example, the IUD during which some women don’t have bleeding at all, however still experience the hormonal changes that come with the menstrual cycle).

So, as female athletes, just being aware of how our bodies change throughout the cycle can be a great tool when it comes to optimising training. Knowing what is going on inside your body can set you up for success in reaching long-term health and fitness goals

Knowing what is going on inside your body can set you up for success in reaching long-term health and fitness goals.