What Do We Factor in When We Calculate Calories
Meditation 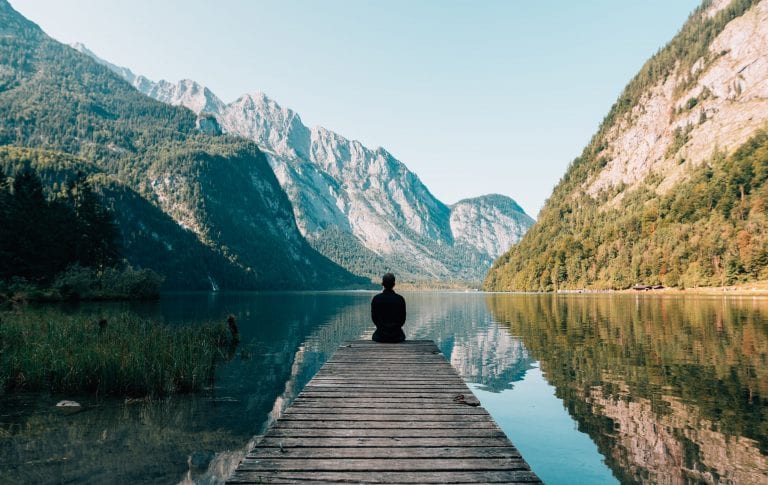 When I think of meditation, my initial thought is a monk sitting crossed-legged on a mountaintop with his pointer finger and thumbs together in the classic meditation pose. I hear a low deep “om” coming from his being. He appears to be on a different planet.

Maybe that is just me, but everyone has their own preconceived notions of what meditation looks like or is.

So, what is it and why should we do it?

Meditation began and still is used as a spiritual practice. As a way to connect our inner being and the external world. A way to be “in the present”.

The West has since secularised the practice and many use it less for spiritual reasons but more for relaxation, mindfulness and as a very effective technique to counter our hyper-connected always-on-the-go lifestyles.

Our bodies have 2 states of being.

1. The sympathetic nervous system, which triggers a FIGHT or FLIGHT response and prepares the body for perceived threats and dangers. There is a bunch of hormones and catecholamines which are released to maintain this state.

2. The Parasympathetic nervous system, which controls our rest and digest response and returns the body to a state of calm and homeostasis

Evolution has led us to do more and ramp up our  “go-go-go” lifestyle, which in turn, has increased our cortisol production and forced us to be in a constant state of “flight or fight”.

Why is this bad?

A) It causes a hormonal imbalance that has negative downstream effects on body composition, physical performance, brain cognition and mental health.

B) Our bodies are designed to grow through the see-saw effect of utilising both stimulus/stress and rest/recovery. If the equation is unequal or imbalanced, our ability to adapt and grow will be compromised (or destroyed).

In short, if we constantly stress our bodies without giving it a chance to recover, we are actually going backwards.

It is only a matter of time before the candle “burns from both ends”.

Which is where meditation can come in. A simple, yet effective method for returning the body back to its parasympathetic nervous system state of rest and recovery, allowing your body to grow and adapt to the stimulus you have been providing it with.

Taking 6 conscious breaths is the most simple form of meditation

Using proven meditation and mindfulness techniques for just ten days of practice has been shown to have wide-ranging benefits, from less stress, reduced anxiety, better sleep and focus.

If you find yourself as someone who isn’t able to just sit there and breathe without drifting away into your own thoughts and what you’ve forgotten, there are some awesome new guided meditation apps which can help you on your journey.

Headspace or Wakingup both offer an amazing guided meditation protocols to help you get started.

With no chanting, no sitting cross-legged, no incense and definitely no gurus – this is a meditation for modern living. All you do is throw on some headphones, turn it on, and allow yourself to be guided through a ten-minute practice. That is it. If you do it for ten minutes, you win.

If that’s still not something you think is for you or even worth while, just try and slow down throughout the day.

Taking SIX deep breathes has been proven to help calm the mind and reduce stress. Even simpler, take one deep breath. Thats all it takes.

You can use Headspace for free using their “basics pack.” Headspace offers subscription discounts to students and educators. You can also try searching online for “Headspace promo” for up to 40% off.

If you’re interested in becoming a member of our small group or personal training membership at our Paddington or Waterloo locations, click here to learn more and apply.