Our MOTM for July is our ever-so-shining Connor Bond, a registered nurse, who has grown leaps and bounds with us here at BodyByBrando in the time he has been with us.

Before starting at BBB, Connor didn’t have a very consistent form of training; He would often dabble in a few different classes or open gym-style training but it would quite often fizzle out.

Now, why did Connor join BBB in the first place? Well, Connor was actually recommended by a friend. And was totally motivated by vanity. Connor experienced his first summer in Sydney and wanted to look good for it!

Goals, goals, goals…what are Connor’s goals you ask? Well as said before, Connor purely wanted to look good in his budgys! I mean who wouldn’t right?! But in all seriousness, Connor has had many goals, and by far his technique, his lifting, and his strength have more than improved in the year as of recent that we had witnessed Connor put in the work. From Paddington to now Bondi, Connor has been leaping in weight, his toes to bar are killer, his butterfly pull-ups are coming along well…and his muscle ups? Don’t even get us started on those. Connor put in the work, outside of classes, and now can perform them in metcons.

Connor is well into his journey with the gym and has loved getting to know his own body. He gets a whole lot more out of feeling strong, moving well, and chasing those endorphins every day/week!

What was Connor most nervous about before starting at BBB? It was to do with all the rigs that we have here (haha) … Everyone looked so great in Connor’s eyes, and were all very strong. And at that time Connor couldn’t confidently squat or snatch an empty barbell. He was immediately made to move comfortably and welcomed through his initial fundamentals sessions which then also introduced him comfortably into the community that he is well a part of.

What does Connor love about BBB? Connor loves the programming… it is well thought out he says, structured week by week and month by month. He knows that all members, including himself, are going somewhere! It isn’t just a “fast fitness” model. Connor also loves the community, the supportive friends that he has, and of course the coaches.

Connor, as well as all of us coaches, are proud of what he has achieved so far with his body – and we are all looking forward to what he can do next. Connor is still chasing those PBs and muscle-ups!Now where would Connor be, or what would he be doing if he wasn’t at BBB you might ask? Connor would probably be in a bit of a fitness limbo. Definitely not having achieved or continuing to achieve what he has and wants to here at BBB.

And if Connor had to tell a friend or colleague about joining BBB, Connor would say “I’d encourage anybody considering it to come along. Good culture, good people, good programming”

You heard it here first! We couldn’t be more proud to witness an individual like Connor to shine the way he does, and to be our MOTM for July! Thank you Connor! 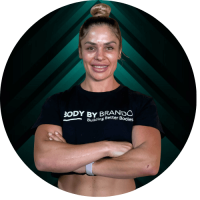